so i had such an AMAZING week! i couldn’t have asked for a better proposal! this is something that girls dream of their entire life!! and mine was right out of a movie! so here is the story…

{tuesday} zach had brought me cupcakes the night before, i was driving to work and eating one and there was a paper inside… i was confused as i spit it out i realized that it had the letter [O] on it. this left me in anticipation all day at work to see what was in the other cupcakes. when i got home from work i dug out the letters  in the delicious blackberry cupcakes his wonderful mom {camille} made me and this is what i found… 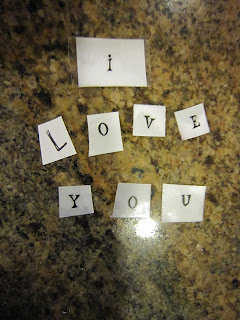 {wednesday} where i am in the nursing program i go to clinicals at lakeview hospital from 6am-6pm. yes a 12 hour shift with NO pay… it stinks! so i get to clinicals in the morning and i am in the nursery on the labor and delivery floor. the phone rang and the nurse said “dani” and then hung up the phone. i asked her what was going on and she said “you will see in a second”. then there was a knock at the door and one of the nurses from the front desk had a {large vase which at the time i though, wow thats a really big vase for the 2 flowers that are in it, we will have to talk about that later ha} vase with 2 pink roses in it with a cute love note attached. EVERY hour on the HOUR i was delivered 2 beautiful pink roses with a cute love note attached! zach had set up people to drive up to the hospital every hour to deliver these flowers to me! thank you everyone that drove up and took time out of their day to deliver me flowers! i really appreciate it!
{i was almost positive that the proposal was this night! but then nope! nothing happened} 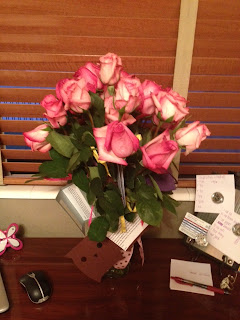 {thursday} i coach at a gym in brigham city. i coach competition cheer usually from 3:30-7:30. i got to work not expecting anything out of the ordinary. i started coaching and ran out to grab something out from the front office. mardi my boss grabbed me and said “you will need to be leaving work tonight at 5:30 you have somewhere important to be and its going to be a life changing event. {at this point i was positive that he was proposing tonight!} so i called zach when i left work and asked him what he had up his sleeve and he told me to be ready at 6:30 in a dress and he would pick me up. he picked me up and told me we were going to dinner at {ruth’s chris} a very expensive place in salt lake {cue me thinking it was really happening tonight}. he was all smiley in the truck on the way there and i said to him, you are really smiley and happy tonight, whats up? and he looked at me straight in the eye and said “i don’t have your ring”. {cue me getting frustrated because we have engagement pictures the next day because i did not want our wedding pictures and our engagement pictures in the snow}. so we went out to dinner and it was the best place i have ever ate! 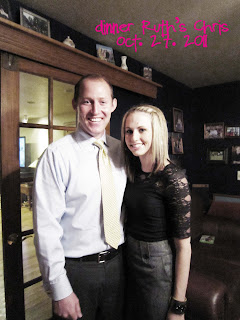 {friday} we get all ready and get to engagement pictures. i tell the amazing photographer that we can’t take pictures of my ring {i was wearing an older ring that i had that my parents had given me for my 18th birthday so it didn’t look funny with me no wearing a ring in pictures} and she said alright thats fine! we will just take ring pictures at bridals. we start taking pictures and then we move spots and they start talking about football {their secret code word that they had come up with together the night before when he called her and told her his plan} she put us in this pose so i couldn’t see what he was doing… 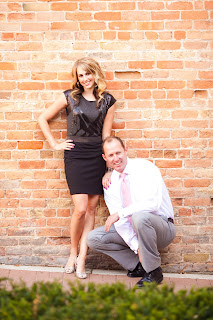 then he turned to me on one knee, {i thought he was kidding because i had been expecting it all week and so i hit him and tried to knock him over (oops)} 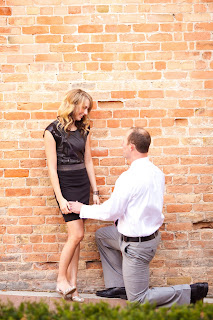 zach asking me to marry him! 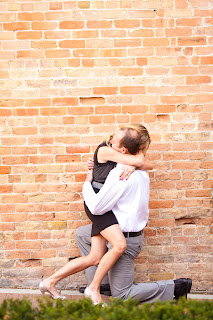 i was so excited that it finally happened and that i can tell people that i am marrying the most amazing guy! 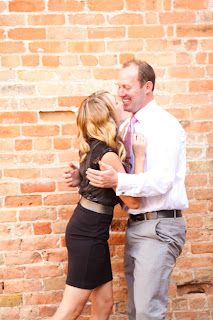 me pushing him for taking so long! 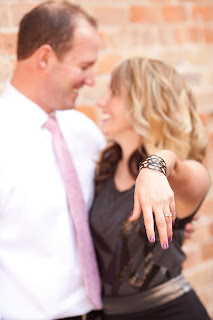 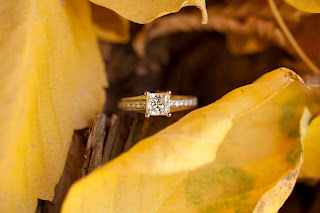